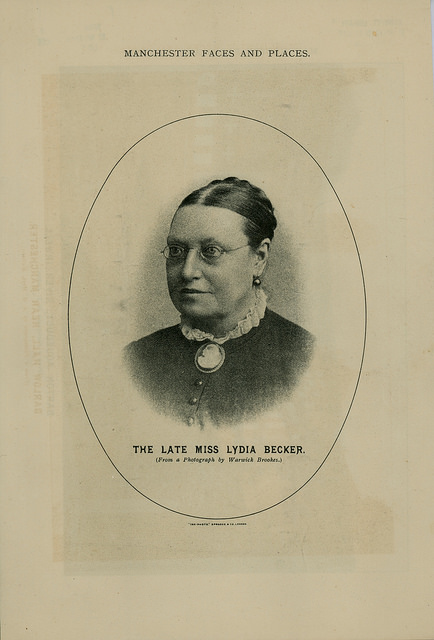 Sexism. It runs deep within our society today, but ran even deeper when women were barred from voting in the UK and denied the same rights as men, purely because of their sex. I’ve been researching Greenwich’s role within the constant (and ongoing) struggle for gender equality. How did the staunch, sexist, male lawmakers of the past view Lydia Becker’s plight for women’s rights?

Long before suffrage was granted, women and men have campaigned, educated others and protested in an attempt to sway those in power and convince the population that women should be enfranchised and treated as equals to men. (What a radical idea!) Lydia Becker, a huge suffrage campaigner of the 19th century, (who interestingly sent Charles Darwin her research on botany regularly, contributing to his findings) spoke on behalf of the Women’s Suffrage Association in Greenwich to justify why women should rightfully be given a chance to vote for their government…

Becker argued that women being barred from voting in the general election was ‘a ridiculous and absurd anomaly[1]’ (I agree) because they were already performing vital roles within local councils and elective boards. Women were allowed to vote for and be elected to be on School Boards and were also able to be churchwardens and parish officers too, yet they were still discriminated against. The Kentish Mercury (a local paper in the borough) reported that one of the arguments put forward in the meeting, was that women were ‘politically unfit and dangerous‘[2]. But Becker slammed the claims to the floor as she insisted that ‘if women had votes they would be educated politically, and give their votes righteously‘[3] Some male attendees of the discussion led by Becker protested that women played no role in defending the country, with only one male speaker acknowledging the efforts of Florence Nightingale.

It seems that Lydia Becker’s meeting in 1877 emphasised the ignorance of most male lawmakers when it came to women. Women were trusted to hold positions when it came to aiding the poor and educating the youth, but not trusted with deciding the fate of the country. For me it seems as if the lawmakers were generalising half of the population by allowing them to have power in ‘care giving‘ positions, but little more. Sadly Lydia Becker would pass away in 1890, 28 years before any woman was allowed a general election ballot paper…

What are we tweeting?